Top 10 crowdsourcing ways to use your idea to help Israel 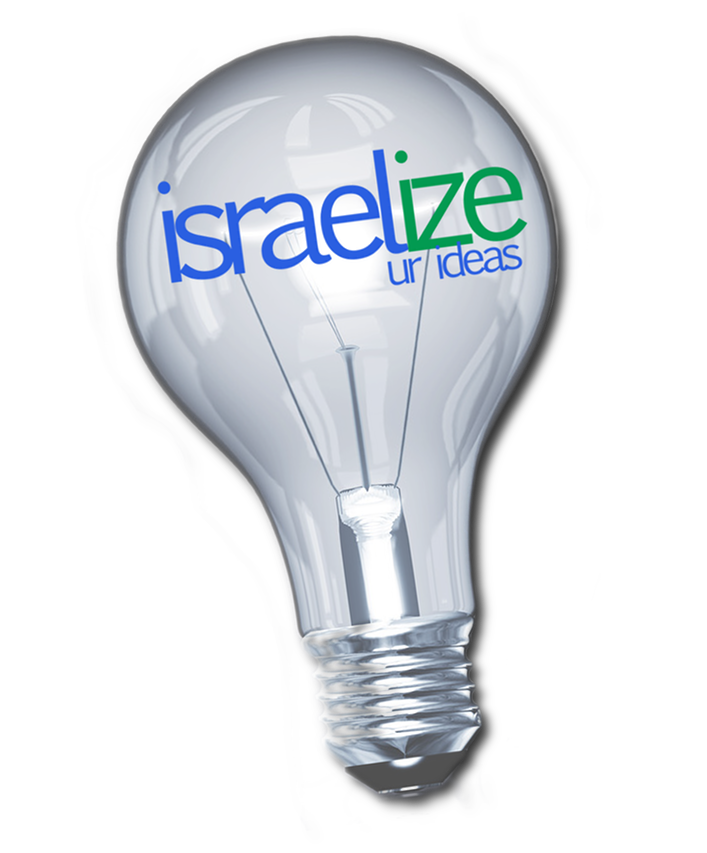 Israelize encourages these 10 ways to use your idea to better support Israel:

We know you are passionate about Israel. What else are you passionate about? Outdoor activities? Writing? Stuffing marshmellows in your mouth? Take that passion and ask this: how can I Israelize my passion? Think outside the typical pro-Israel box and infuse your passion. And, of course, a great place to explore that is in our incubator.

People don’t coalesce into active and committed tribes around the status quo. Think edgy thoughts. The very thing you are afraid of saying because you might be rejected? Sat that! Draw a line in the sand for those who want to believe and follow. The center is large but it is not connected. If you wish to make a difference with your idea – capture the minority and stay away from the center.

Begin working on your idea and ask others lots of questions. Open your self up to criticism. Know that you cannot see all angles at once. Ask, ask, ask, but don’t let others steal your passion. Who should you listen to more? Those who actually are vested in your idea. Those who actually look to gain or lose from your idea. Others are just drive-bys and can be largely ignored.

Crowdsourcing is a great way to learn. Too many people do things without the backing of the community behind them and that is why it often fails. An example – Say you want to make a video to advocate. Crowd fund for it and get 100 people to give you $5. Then you will have 100 people that would share the movie when it comes out.

Dont sit on your idea looking for a grant or some philontropist to fund you. Share your idea with the community around you, get their buy-in. It is much easier to get your project further through social media if you have a big group of people behind you. Funding and community support can come using crowd-funding platforms such as Jewcer. At the end of any crowd funding campaign, you are left with both funding and a large crowd who truely believe in your idea and showed it to you through their wallets.

When you learn from others and they are vested in your idea – give them lots of credit. This is also a great way to get where you are going much, much faster. In the connected world, ideas are flying at you constantly. The ones that influence you the most, give them credit.

Since I am writing this, I want to give credit: To Michael Gerbitz, founder of United with Israel for being willing to take a risk to let Israelize form as a project of United with Israel. Patrizia Isabelle Duda who was willing to jump in and believe in the idea – as well as criticize the hell out of it. David Hazony who is able to write what I think better than I can. Jesse Nowlin for plugging way and giving me the tip to abandon doing everything in small caps (becacuse it was a bad idea of mine). Amir Give’on who is continuing to shape and push Israelize. He also is doing great with Jewcer.com. Elliot Mondrow for helping me look at things differently. And (though I do not know him nor is he working on this project) Seth Godin, whose ideas and insight you will see in various forms.

See, it’s not hard. It is actually quite rewarding.

“We’re hoping to succeed; we’re okay with failure. We just don’t want to land in between.” –David Chang. The problem with most of today’s pro-Israel advocacy is that it is afraid to fail in it’s ideas. Here is the irony: in order to succeed in helping Israel, our efforts and ideas must risk failure. We have that luxury. Israel cannot fail or it ceases to exist. Yet, our ideas to help and support Israel must risk failure in order to have the chance at wildly succeeding!

Don’t connect with others who are helping you in a surface and formal way. Get down in the dirt with them and work. Accept them as equals. Leadership is often found in those first few followers. Nurture those early followers and treat them equally. Be vulnerable. Take off your clothes (metaphorically…mostly). This is a risk too. But, a risk that pays off big!

This probably seems a little obvious. But, it isn’t. I am often surprised at how many act like this is just another job and we need to just release lengthy plans and ‘white papers’. While that may be interesting, we are not running companies! We are try to help a vibrant yet vulnerable nation. We need more caring. More passion. More gutsy moves. People are attracted to rock-stars because they care about what they do and are anything but restrained. Stop acting like corporate CEOs and start acting like rock-stars!

Don’t try to do everything. Don’t embrace every trendy thing that comes by. Focus on your idea and strip away anything that might draw focus away. Amazon.com started by JUST selling books. Now they sell everything, but only after doing ONE thing very, very well. Apple focused on computers. Now we look to them for music players, movie stores, and game purchases. What is the one thing that Israel needs that YOU can focus on?

Don’t just shoot for quick success. Set a foundation that will grow. Do the many difficult and tenuous tasks that get you where you want to go. Have a big goal, but break it down into many, many small tasks. At any point you can pivot and change, but quickly plot it out. And, remember, planning is just guessing. Plans are important, but not the goal.