Yigal Azrouel, designing in the army 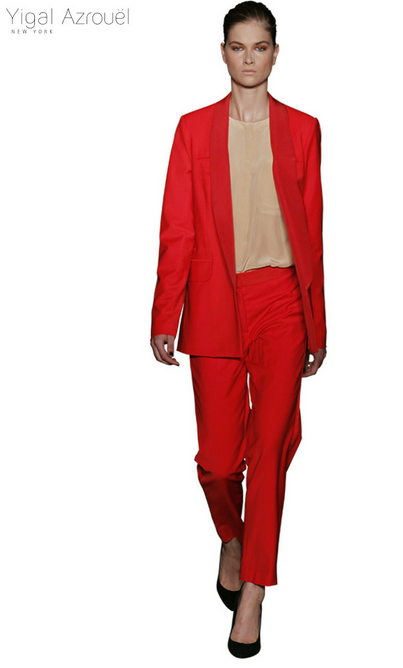 Yigal Azrouel is considered the Israeli fashion hottie in the US, although his work isn’t actually blue-and-white. In fact, it never was.

Azrouel had no formal education, but remembers sketching dresses while serving in the army. He’s known now for his expert draping techniques and feminine designs that have won him accolades in the leading fashion magazines and celebrity clients like Salma Hayak, Jennifer Connelly, Catherine Zeta Jones and Sarah Jessica Parker.

Having entered the red carpet phase of his designs, dressing Hollywood types and supposedly dating Katie Lee (Billy Joel’s ex), Yigal Azrouel is now based in New York, but can still be considered a Sabra success story.

He grew up with five sisters, whom he credits with his fashion interest, and launched his first collection in New York over 10 years ago, later opening a showroom and then a boutique in the Meatpacking District of New York City.

No matter where you are right now, allow your ideas to flourish in our idea incubator – Ur Ideas.

Posted in pop culture, ur ideas